On Tuesday, April 12th , the Association of National Advertisers will host the REGGIE Awards Gala at the ANA Brand Master's Conference. We have selected a blue-ribbon jury of brand marketer and agency heavyweights to comprise the Super REGGIE Jury who will select the top prize, the best Brand Activation Marketing of the year.  After a very selective process, the ANA is proud to announce the 2022 Super REGGIE jury: 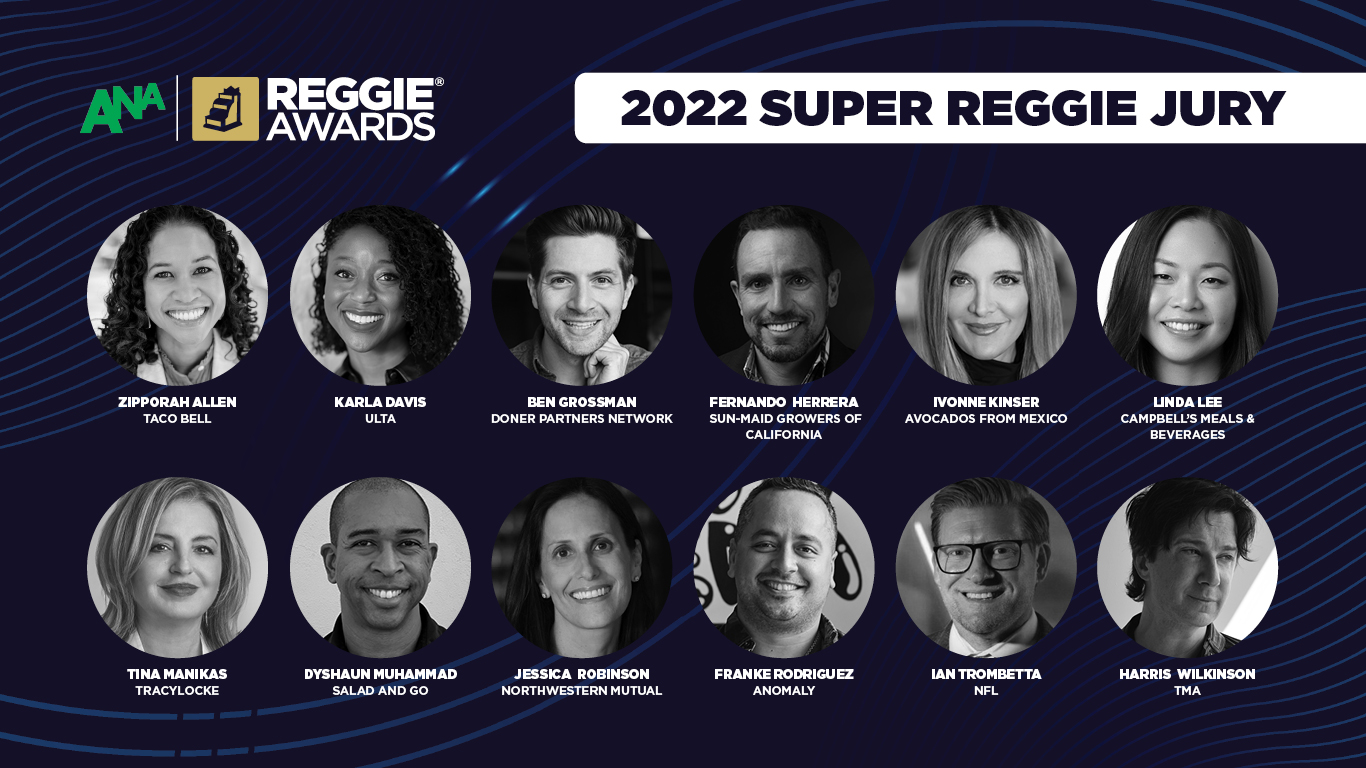 The contenders for the ANA Super REGGIE Award are determined upon the completion of two rounds of judging involving over 300 industry executives – with only a select number of the highest-scoring Gold level cases brought to the Super REGGIE jury for consideration. “For more than 35 years the Super REGGIE Award has recognized the best brand activation marketing that marry impactful creative with strong results. This year’s jury, by far the strongest we’ve ever had, will identify the next winner” commented Mike Kaufman, SVP, Brand Activation, ANA.

The REGGIE Awards are crafted to reflect today’s wide-ranging forms of brand activation marketing practices — from traditional tactics used in innovative ways to rapidly changing technologies. The twenty-three award categories recognize excellence in solutions and campaigns of all sizes, budgets, and scopes.

Previous winners of the Super REGGIE Award have been from large and small brands, all having developed a “big idea” that had unique execution, strong results and stood out from the crowd – from Media Monks, DDB Germany, Mondelez International, Valspar Corp., Kolcraft, SPCA and WestJet.

Here is what prior judges have to say:

“As a 40+ year veteran in the industry, judging the REGGIE Awards is a perfect way to identify new trends, resources, techniques and creative approaches to solving problems”

“Judging the REGGIE Awards is not only a way to give back to our industry, but also provides the judges with keen insight into what is happening in the marketplace, ideas they can bring back to their own companies and somewhat of a crystal ball into future trends.”

“Getting to judge the ANA REGGIE Awards has opened my eyes to so many other brands outside of my industry. I had the opportunity to learn from some of the best marketing teams out there, condense the knowledge and return to my team with a fresh perspective and new sense of inspiration for my work.”